One foot in front of the other

I’m huffing up the stairs, socks straggling and escaping from the jumble in my arms. Every two steps one piece of clean laundry falls and I stop and pick it up and three more fall instead. It takes five minutes to go upstairs, which would be nothing in a mansion but an irritatingly long time […]

A bit of flash fiction today. Not entirely fictional…! 8pm. Great, baby asleep in good time. Should really go to bed now, but I’ll just have five minutes first. Ooh, there’s a repeat of that show I missed the other night. Right, I’ll make a cuppa and watch that; it’s only half an hour… 9.30pm. […] 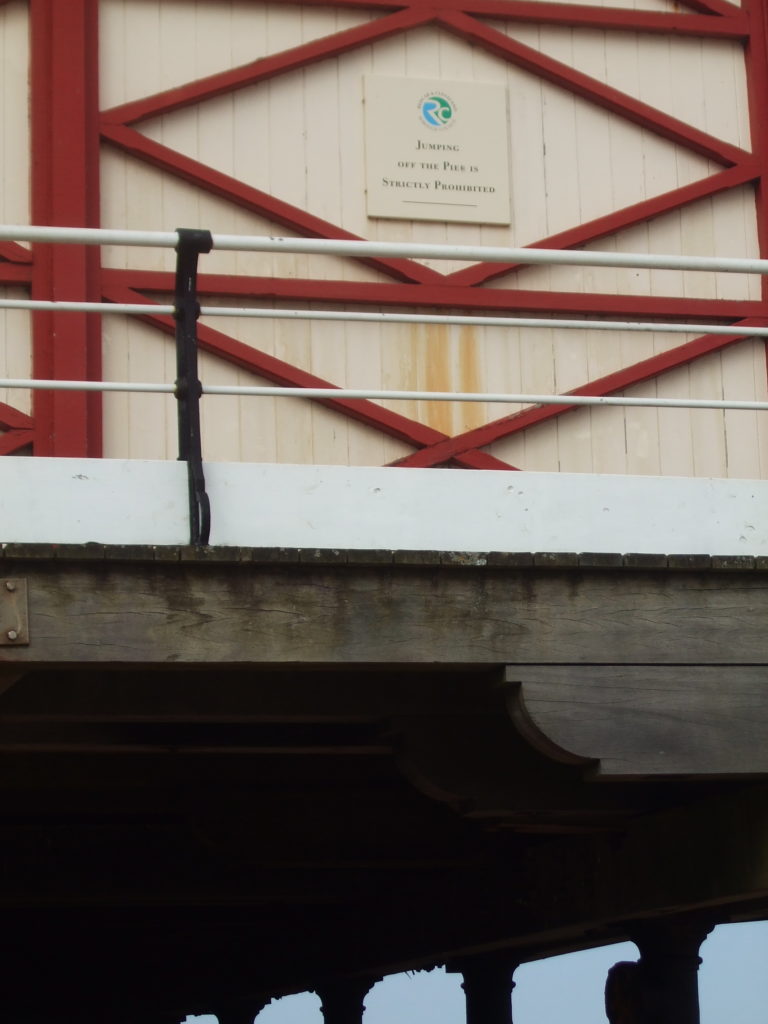 A short story for today’s post. Ever noticed how those kids’ rides that are supposed to look like smiley dolphins or whatever look dead creepy when there’s no kids around? Or even when there are, come to think of it. Big painted eyes stare mockingly at you and the wide fixed grin stretches from one […]

I love the idea of chapbooks. Those small, cheap pamphlet-type books that are produced purely because the writer just wanted to get their work out there. Because they felt they had something important to say, or they wanted to express themselves through poetry or prose, or to record some part of their family’s history or […]

Stuck in the Mud

The woman tried to move her feet. However much she wriggled and jiggled her legs, they wouldn’t free. She stood up straight, hands pushing into the small of her back, closing her eyes with a weary sigh. On every side the world moved around the mud puddle. Children danced and ran, energy pouring out of […]

Enemy At The Gates

My 3 year old started nursery yesterday – I mean, proper nursery, in a school. And instead of going for 2 and a half hours every week, he now goes for around 3 hours every morning. Now, I could take this opportunity to do a proper soppy story about how much I’m going to miss […]

A Not So Perfect Interview with Nik Perring

Recently I won a draw on Bah! To Cancer’s blog for a signed copy of a book of short stories by Nik Perring, Not So Perfect. By the way, if you haven’t visited Bah! to Cancer before, pop over now and have a look, it’s a great site. No, not now, I’ll never get you […]

This week’s #Fridayflash comes from a story I did at sixminutestory.com, but I’ve expanded it a little. You can read the original here. The Birthday Party Katie hated kids’ parties. She had had to be blackmailed into taking her niece to this one, and it was only because she couldn’t stand Lucy looking at her […]

The phone rang for the hundredth time. I sighed, put down the iron, and answered the call. “Good afternoon!” a false, cheerful voice rang out. “Could I speak to the homeowner please?” “I’m a tenant,” I said dourly. “Ah!” The Voice never faltered. “In that case, can I just ask if you have taken out […]

In honour of my grandma-in-law, who turned 80 yesterday. “Champagne and fireworks,” said Dot, not looking away from Deal or No Deal. “It’s not everyday you turn 80. I want champagne and fireworks.” Her son rolled his eyes and made a note on his phone. “Mam,” he said, “You know champagne costs a load, don’t […]