Musicals have been my favourite kind of music since I was maybe around 10, maybe younger. I’ve never lived close enough to London to be a real theatre kid and see all the big shows but I’ve seen my favourites and they are among my best memories – almost entirely with my husband. I’ve seen […] 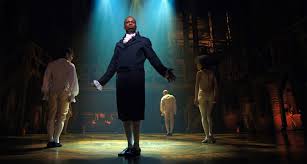 Unless you’ve been under a rock lately, or you’re Donald Trump, you are already aware that Joe Biden has won the 2020 US Presidential Election, by both the popular vote and the electoral college votes. We watched the election here on our side of the pond: late-night CNN marathons (see this tweet which sums it […] 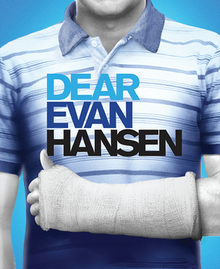 No secret, I’m pretty obsessed with musicals, and I’m not ashamed of it. A few years ago, I did a couple of posts (eg this one, about Miss Saigon) based on musical theatre songs – some thoughts on them, just my own impressions, without any real expertise in language beyond my own interest. Since those […]

Miss Saigon and the Unreliable Narrator

I’ve listened to and loved Miss Saigon for about twenty years. I know every word and I identify with the characters – well, as much as I can without actually being an American GI or a Vietnamese prostitute forty years ago – so much that my pulse still races building up to the finale or […]

There’s a scene in Moulin Rouge which is possibly in my top ten film scenes ever – The Emergency Rehearsal. Christian (Ewan MacGregor)is unexpectedly pitching the show they need finance for to The Duke, and he says it’s about love. The Duke sneers until Harold hastily adds more licentious details. Well, excuse me, M. le […]

5 Things Musicals can teach us about writing

I was driving yesterday and put Les Misérables in the CD player for the first time in ages. Wow, that’s a good show. And as I was listening, it struck me that there’s a few tips you can pick up from musicals on good writing. Dialogue – Expositional dialogue drives me crazy. “Hello Annie who […]

More Life Lessons from Mary Poppins Anyone who read my post Sand Through A Sieve and thought it was inspired genius (well, who can blame you?) may realise that I am quickly coming to regard Mary Poppins as a Parenting Bible. Today I put the DVD in and went about my business, tidying up and […]

Sand Through A Sieve

A lyric that gets me every time I hear it is from Mary Poppins, when Bert is cleaning up his chimney sweep gear and listening to Mr Banks. He comes back at him with this: “You’ve got to grind, grind, grind at that grindstone Though childhood slips like sand through a sieve And all too […]