The silence of the stars

It’s around 1983, maybe 1984, and my goodness, my arms ache. I have been practicing my very first starring role (pun intended) as The Star in my playschool nativity.

A lady came to our house and measured me for my costume (I think it’s a sort of white jumpsuit with tinsel on and a big foil star on my chest and one on the back, and perhaps tinsel in my hair – that bit I can’t remember) and I have to walk, with my arms stretched up and out to the sides, around the hall, into the back corridor to come back into the hall at the other end as if by magic, with the Three Wise Men following me, Yonder Star. Then I’ll climb up onto a chair – a big, adult chair too, not an infant one – behind the tableau of Mary and Joseph and the doll in the crib, and I can relax my arms. We sing Twinkle Twinkle and Away in a Manger because they’re the songs we’ve been practising in playgroup in the weeks leading up to the big performance.

While I’m standing on the chair, the adults, who have been given song sheets when they took their seats, have a few carols of their own to sing. One of these I love – I later found out that it’s called Calypso Carol and something about it appeals to me so much, I am desperate to sing along to it. I can catch the melody pretty well, I’m a fairly musical child, but I have no idea what the words are. I don’t have a song sheet and even if I did, it wouldn’t be much good to me because I’m three or four years old and I can only read a few words – my beloved Peter and Jane Ladybird flash cards don’t help much with words like “draughty stable” and “prince of glory”.

I can feel that frustration right now, as if it was yesterday, not thirty-six years ago. The well-meaning and I’m sure very kind lady playing the piano next to the chair I’m standing on says “Don’t worry, Rebecca, this one’s just for the grown-ups. You can just listen.” I don’t want to listen, I want to join with one of the most happy Christmas carols I’ve ever heard but the words are just out of reach. My greatest triumph, being The Star, has turned into a disappointment that I still feel nearly forty years later.

I think I can—at a stretch—credit this frustration with the obsessive collecting of song lyrics that I mentioned in an earlier post. I feel excluded from something special when I can’t join in with a song I like. I no longer spend hours typing out lyrics on the computer but I have a ridiculously extensive bank of musical lyrics in my head as a result. I wonder how much useful knowledge has been crowded out over the years by all that lyrical real estate.

I never quite did get Calyspo Carol fully memorised, though; maybe that one is destined to always remain a mystery to me, just out of reach of my outstretched fingertips. 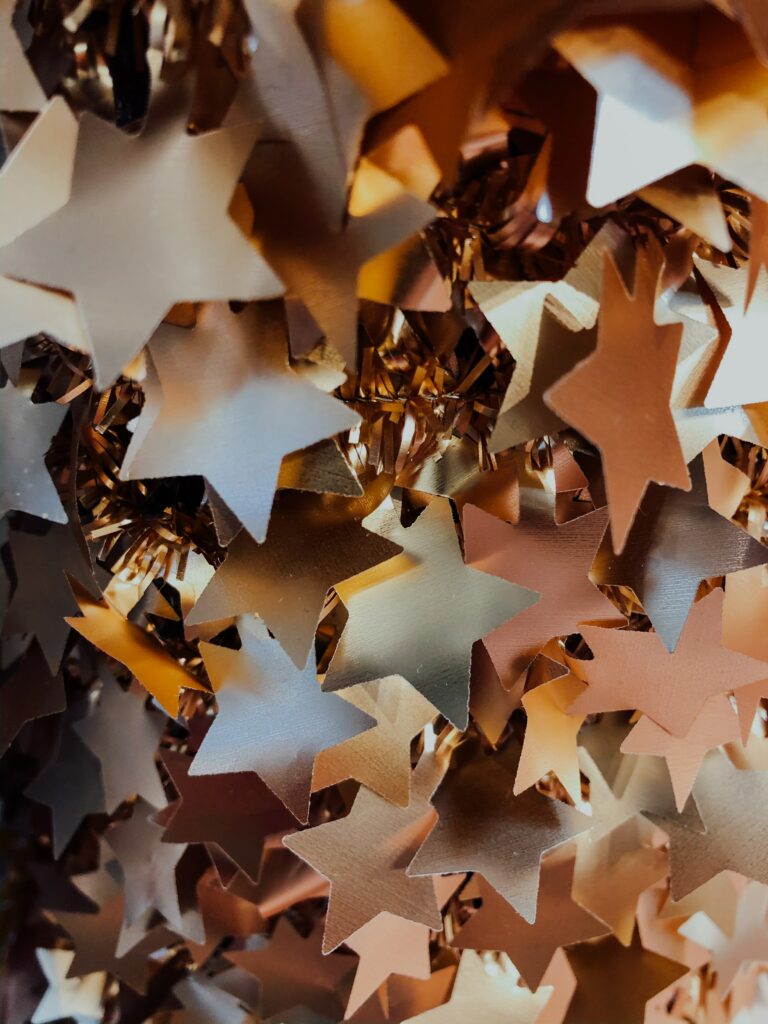