Today was a landmark day. Today, I finally returned to the lowest weight that I have recorded, the weight I was in January 2011, which I haven’t come close to in ten years (the lowest before that was around 9lb higher, in 2017). Today, I also became clinically overweight – this is better when you think that for those last ten years, I have been clinically obese!

I have not had a lifelong struggle with weight – throughout my childhood and adolescence I was exactly average for my height and age. I know this, because I have been on thyroxine since I was six months old so my paediatrician had carefully calculated and monitored my dosage so that I would be, as long as I was under his supervision (and my mum’s cooking), exactly average.

So what happened? I left home and fell in love with my husband, my independence, and, most of all, with Edinburgh’s takeaways. The carefully planned thyroxine dose is not intended to be a weight loss device – if it’s done right, I gain and lose weight like any other person; that is to say, when your student flat is in the centre of Edinburgh, above an Indian takeaway and around the corner from a fish and chip shop (that yes, served deep fried Mars Bars that yes, were amazing) and over the road from a cinema that served giant tubs of popcorn, you put on weight. And if I was ever tempted to increase my thyroxine dose on the sly to help with the weight loss (which of course I was), the few times I’ve been slightly hyperthyroid stopped me – the racing heart and flutters are particularly unpleasant.

There have been moments where I lost weight, it hasn’t been a constant spiral over the last twenty years. Particularly effective – but not recommended – is hyperemesis gravidarum; the kind of morning sickness so severe that you end up in hospital six weekends in a row on a drip and they have no choice but to give you a drug for chemotherapy side effects that hasn’t been fully approved for pregnant women because you can’t even hold down water and your toddler is crying because Mummy isn’t at home to read a bedtime story. That got me to lose weight – until those miraculous drugs kicked in and I could finally eat, and then the enormous baby demanded extra food and I was completely justified in eating all of that ice cream because hello did you not hear about the being on a drip six weekends in a row?

I would not say that I was happy about my weight. When I was close to graduating in 2016, I was determined to be able to fit into a particular dress for my graduation ceremony, that I’d bought for a holiday a few years earlier but never actually been able to wear. I got close, but no cigar; at the last minute I had to go and buy a new dress.

I was determined that I’d definitely be able to wear that dress for my MA graduation, and that I’d look at my graduation pictures and be happy. Nope; I love my pictures but more because of the warm memories of graduating from a windy, wet, freezing Nottingham, than because of how I look in them.

Any and all attempts at losing weight were half-hearted at best. A few weeks of trying to be good would go down the pan when I felt too miserable or sorry for myself and reached for chocolate or cake. The year I was diagnosed with Type 2 diabetes (right before Christmas, how cruel?) I genuinely tried to stay away from refined sugar and I did pretty well; I actually lost over a stone and even came away from that year’s holiday at a lower weight than when we started it because I would sit and enjoy some cherries instead of treats when we were sat outside the caravan on an evening. But over the last few years I found a weight level that stayed pretty constant. Changing half a stone here and there, up and down, but never really getting any lower. We even joined a gym, but… well, you know.

What changed? I don’t know. My diabetes has got gradually, marginally worse; my clothes got tighter and I creeped up sizes; I began wanting to be in more family photos yet not happy with how I looked in them. None of these things were enough in themselves, yet put together they pushed me to [pick up two books: Downsizing by Tom Watson and The Fast 800 by Dr Michael Mosley. Between them, they not only convinced me that I should lose weight, but that I actually could. I wasn’t totally convinced I could lose the dozens of pounds they promised, but I thought if I could just even do a bit, that would help.

I don’t particularly recommend what I did to anyone, just because it’s not all that planned out or anything, but I know it’s worked for me. In early February, I decided to try just a week of 800 calories a day. Just a week – if I found it ok, I thought, I’d do another week, and so on. My husband, who has faced a similar journey to me over the years (those Edinburgh takeaways), decided he wanted to start a keto-based diet, using the Diet Doctor website. We both also started weighing daily, every morning before getting dressed.

That first week I lost 6lb, and Andrew lost 8lb. Woohoo! My main issue was the food – I was preparing ‘proper’ meals for the kids, an 800cal/day meal for myself, and a no-carb meal for Andrew. And the kids have individual tweaks, so essentially that was four different meals almost every meal time. No, thank you. Plus, I was looking at Andrew’s meals and they were nice; steak, cream, berries… I switched to keto from the second week.

After two and a half months, I was around a stone and a half lighter, and had beaten my second-lowest recorded weight from 2017. Andrew was two stone lighter – and this included a ‘week off’ for Easter and Emily’s birthday. Unfortunately, I have always been slightly concerned about cutting out a food group, and for good reason; by this point Andrew in particular was having some uncomfortable side effects so we decided to stop. We wanted to balance continued weight loss with more a normal, sustainable diet, so we began cooking lower-calorie meals, basing most of our cooking on the Pinch of Nom cookbooks which I’ve been using in a relaxed way for a year. Now I went back to these meals, which we all liked so required few modifications for fussy little people, did a couple of swaps to make them even lower (eg courgetti for noodles, vegetables instead of rice) and was more strict with myself on portions than I had been in the past. That’s been the last month and while our weight loss has slowed, we are still on a definite downward trend.

I’ve noticed a few differences in myself. My face – it’s now an oval, not a round face. I look at images of myself from a few years ago and compare them to images of me now. My clothes – I’m comfortably two sizes smaller than I was in February. I can buy clothes from my favourite shop (ironically, FatFace). I have more energy – we live in Durham, where there are eternal hills, and they all go up. When we drop Emily at school on a morning, Andrew and I go for a short walk around the village. When we started, I was dying at the top of the first hill and had to stop. Now I not only keep going, I walk faster and my heart rate doesn’t spike.

Two things that are helping us keep it going this long (aside from not having to make four different meals every day): the daily weigh. It keeps us boosted when we lose, and gives us a kick when we don’t. It’s also so inspiring to see the pattern over the weeks when we have the inevitable plateau. The other thing is a weekly treat. On a Friday we get one chocolate bar each in the weekly grocery shop, and on a Sunday we eat it, slowly and with relish. I have a dark chocolate Bounty – you can really take your time with those, nibbling the chocolate off then eating the coconut.

So that’s I got here, two stone lighter than I was three months ago. And today I stopped being obese, and I equalled my weight from ten years ago. I can now fit into The Dress, with room to spare; I even tried on my wedding outfit from 2006 and that fits perfectly. I never thought I would see these weights again, but now I’m going to pass them. And I don’t think I will be on a perpetual diet; I’ll eat more healthily generally and if there is a birthday or a celebration (for example, the Christmas dinner we never got to have with my mum and dad and brother because of Covid) or even I have a bad week and need some ice cream, I know I’ll be able to manage it and not return to how I was. And that’s the most quietly amazing feeling. 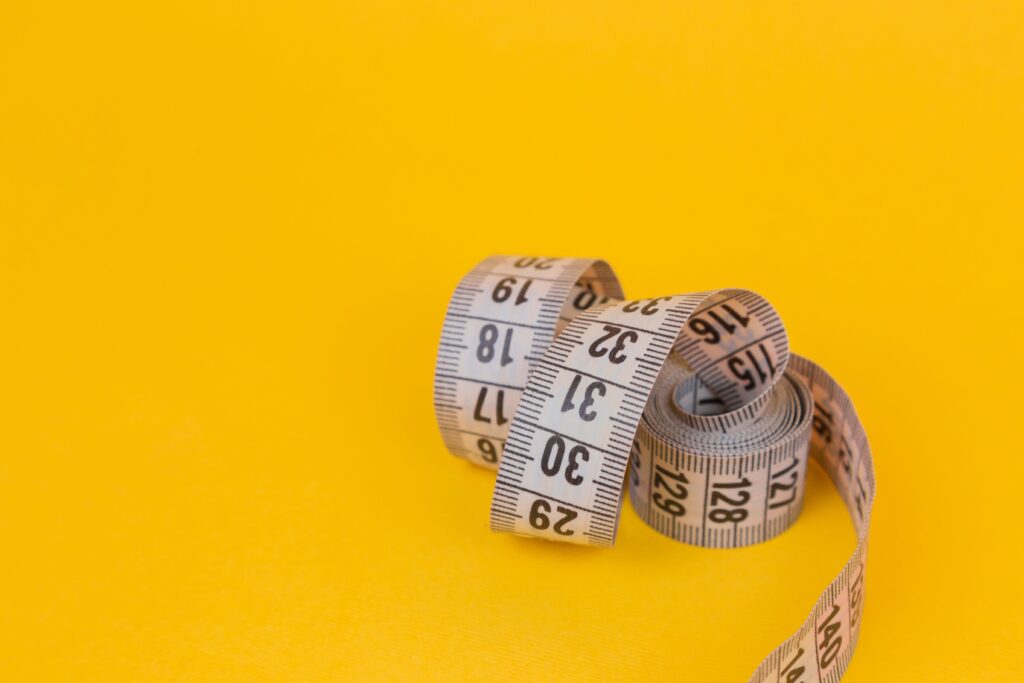